Writing for the Thrill


A thriller novel must be exciting, a real page turner, a book that readers just can’t put down. A successful thriller must start with a bang, build excitement, create tension, and finish with a bigger bang. 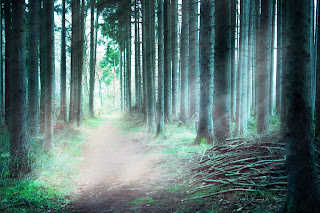 After writing a university textbook and a cookbook to learn about the publishing world, which was a lot more complex than I had ever dreamed, I decided to try my hand at fiction writing. During my day job as a fashion executive I had traveled to 32 countries and spent countless hours on airplanes reading . . . reading . . . reading. I had become infatuated with suspense/thrillers so I decided to try my hand in the genre I had been enraptured by for many years.

I found a real challenge in writing thrillers. My goal was to create fiction with content. I wanted my readers to become engrossed with my characters, scenes, and plot and after reading my novels, come away with a newer and better understanding of important factors in our complex world. Many things in life are not black or white, true or false, right or wrong. Much of what we accept as fact is based upon theories, claims, beliefs, and the level of science and technology at the time. One misquote, misinterpretation, or misread can confuse fact and fiction. What is accepted as fact today doesn’t always stand the test of time. A good example is the Shroud of Turin.

My first novel, UNHOLY GRAIL, is based upon broad research into the facts, legends, myths, and even conspiracy theories relating to Christianity and Judaism. A trip to Vienna, Austria and the South of France presented great insight into Fr. Berringer Saunier who had somehow amassed great wealth and built a beautiful church and villa in the small village of Rennes-le-Château high in the Pyrénées. Through reading over 60 books on the various theories and philosophies, I learned that a lot of the historical “facts” that were presented in many documents and books were passed on through “oral tradition.” If you’ve ever played whisper down the line, remember what bizarre results came out of the mouth of the tenth person in line.

To keep the thrill alive in UNHOLY GRAIL, I created a Fordham University theology professor, Fr. Joseph Romano, who receives an anonymous call offering him a secret Gospel written by James, the brother of Jesus. When he arrives at Grand Central Station to meet the mysterious caller, a shot rings out, bedlam erupts, and Fr. Romano is thrust into a centuries-old conspiracy that threatens the very sanctity of the church.

My second novel, SIROCCO, is a bioterrorism thriller. As usual, I did way too much research. I visited bio-research labs and met with experts in biotechnology, pharmacology, and medicine to provide valuable insight into the potential dangers of bioterrorism. I researched government agencies and again read many books relating to the potential dangers of bioterrorism. I studied Islam and interviewed Muslim businessmen from small, medium and large cities in the Middle East to try to understand how a religion could be used as a foundation for terrorism. Like with most religions, I found it was based upon how the Koran was interpreted and presented to the followers. The words from any pulpit can be distorted to meet the speaker’s objectives.

To keep the thrill alive, I had to start with a bang. Brett Reynolds, an attorney representing the pharmaceutical lobby, is summoned to Washington for an urgent meeting by Homeland Security to investigate a threat by a Middle Eastern terrorist group, Sirocco, to unleash a bioweapon at the heart of the United States. With a bioterror looming that could devastate the U.S., Brett learns of his brother’s death in a bizarre murder/suicide. As the plot unfolds he discovers connections between his brother and the terrorist threat. His investigation leads him on a harrowing chase that ends in a deadly confrontation with Sirocco and a chilling climax in the Oval Office.

I write for the thrill. What in a novel gives you the thrill of reading?
Posted by D. L. Wilson at 9:00 AM